Engineered for performance for lightweight and semi rimless design, the Oakley Flak 2.0 are a perfect fit for hardcore Denver Broncos Fans to sport on game days and they are even great for everyday use! The Oakley Flak 2.0 is also durable and meant to last, they are known as high definition optics which ensure that you are getting a great high quality product! You will not regret purchasing a pair of Broncos Oakley Flak 2.0 sunglasses. Prescription Rx lenses are available in these frames as well.

The Denver Broncos are one of the few teams that has stayed in the same city since joining the NFL. This team has been very successful throughout the years with 8 Super Bowl appearances and 3 Super Bowl wins. John Elway was an integral part of the Broncos success during his career. Also, Elway was the oldest starting quarterback to win a Super Bowl! He led the Broncos to many championships and two Super Bowls as well. Other notable players for the Broncos have been Shannon Sharp, Terrell Davis, Von Miller, and Peyton Manning. In fact, Peyton Manning is one of two quarterbacks that has beat all 32 teams in the NFL.  A great way to represent this mile high franchise is to rock some Oakley Sunglasses that are custom for the Denver Broncos! 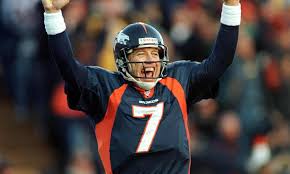 What year did the Denver Broncos  join the NFL?