Engineered for performance for lightweight and semi rimless design, the Oakley Flak 2.0 are a perfect fit for hardcore Carolina Panthers Fans to sport on game days and they are even great for everyday use! The Oakley Flak 2.0 is also durable and meant to last, they are known as high definition optics which ensure that you are getting a great high quality product! You will not regret purchasing a pair of Carolina Panthers Oakley Flak 2.0 sunglasses. Prescription Rx lenses are available in these frames as well.

The Carolina Panthers are a fairly young franchise that joined the league after much anticipation in 1996. Throughout the years the Carolina Panthers have revamped their franchise and have had several explosive players such as Dan Morgan, Kris Jenkins, and Steve Smith which helped the Panthers in many ways. Steve Smith was a loyal player who stayed with the team a total of 13 seasons and is recognized as one of the best wide receivers to have played in the league. The team has had two Super Bowl appearances although after playing hard they came up short.

Cam Newton has helped the franchise in the most recent years. His rookie year successfully  broke several records, including Peyton Manning’s record for most passing yards. This franchise has always put in hard work and dedication and has a die hard fans that are always supporting their team and the best way to support your team is with a pair of Oakley sunglasses! 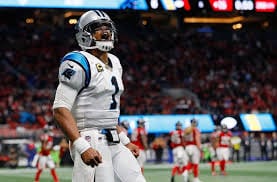 What year did the Carolina Panthers join the NFL?